'Stop the Stupid Stuff' In Your Business 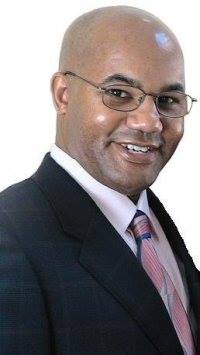 We are living in a world of change. Shift happens! Competition comes from all over the world, which means that many American businesses are in trouble.

Many decisions are being made that are contrary to both good business sense and building customer loyalty.

Most organizations' marketing is usually an exercise in figuring out what to do to get current or potential customers to spend more dollars with them.

I'm suggesting that instead of thinking about what to do, figure out what to stop doing. In other words, stop doing the "stupid stuff."

Not doing the stupid stuff means finding out what prevents customers from spending money with you and making sure that that action or reaction never happens again.

Here's an example of what I call "stupid stuff." Some airlines now want to charge customers who want to speak to a live agent.

That's stupid stuff in two ways. First, they've chosen to penalize customers who want to continue getting what they've always gotten - one-on-one attention. Worse, they've done it by saying they will charge more for this previously standard level of service. How many customers will they lose because of this decision? I know of at least one.

There are more subtle, but no less damaging, stupid things businesses need to stop doing.

This was General Mills' response to my inquiry:

"Selecting a Wheaties Champion has never been an easy task, especially when we have witnessed so many outstanding performances by so many championship athletes. But it simply isn't possible to honor every champion on the Wheaties box."

So, they leave off the first U.S. man to win the Olympics all-around gymnastics championship in one of the sport's greatest comebacks? His return from a disastrous fall to a near-perfect high-bar routine won near-universal praise and, for most of us, defined the word "champion."

But there was controversy. As most of you know, a South Korean gymnast claimed that a scoring error cost him the gold and appealed to the Court of Arbitration for sport. The court recently ruled that Hamm can keep the gold medal.

Even though the medal was disputed, it was not because of anything Hamm did or did not do. Still, General Mills decided to do the "safe" thing. But by being safe and leaving out Hamm, Wheaties is alienating the millions of customers who see him not as controversial, but as a hero, and losing customers in the process. Now that's "stupid stuff."

So, start stopping! Stop saying "No" and start using the word "Yes." Stop charging for services that most of us think are free.

Find out what exasperates, discourages, hassles or confuses your customers and stop it.

Do you want to know what it takes to successfully market a web site and generate repeat sales?